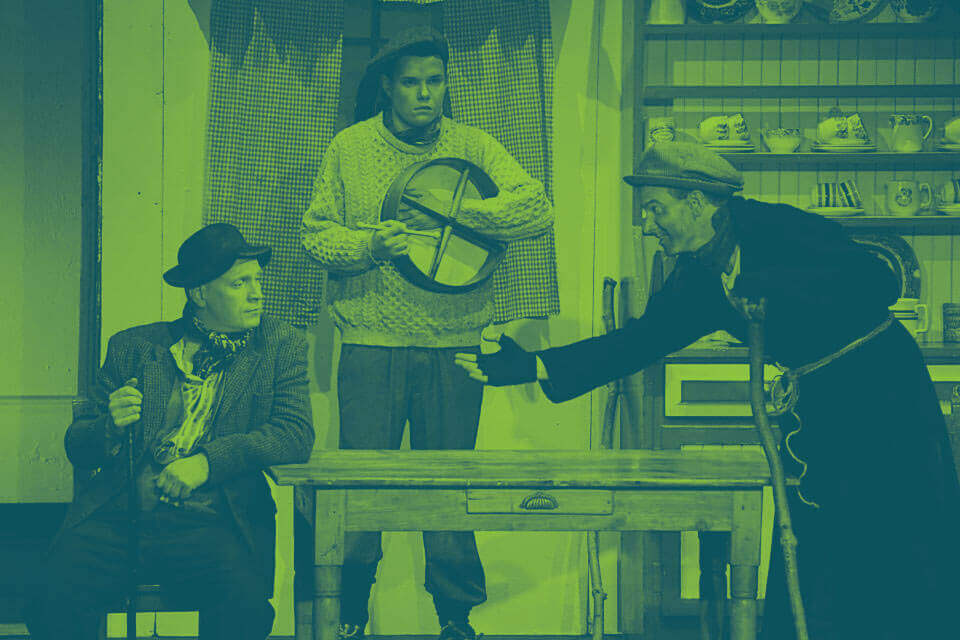 There are but two Irish language theatres in the country: An Taidhbhearc in Galway and the Amharclann Ghaoth Dobhair, which is located in Donegal’s well-known Gweedore Gaeltacht.

Both trace their origins to the early part of the last century, established by gifted troupes of Irish language players who travelled the country staging productions in order to nurture and foster drama and culture in the native tongue.

The Donegal players found a permanent home for their talents when Amharclann Ghaoth Dobhair (Gweedore Theatre) formally opened its doors in 1958. The official ceremony was performed by Siobhan McKenna, the Belfast born Gaeilgeoir who graced both sets and stages in Hollywood and Broadway.

Over the intervening years, the Aisteoirí Ghaoth Dobhair – Gweedore Players – have established the theatre as a major force in dramatic and cultural circles across the island, and worked with local schools to assist with the development of a new generation of writers, actors and directors.

The theatre has also played a key role in cultivating local musical talent, playing host to Enya, Clannad and Altan over the years.

The theatre and other assets are held in trust, in order to sustain and safeguard the vision that inspired the establishment of Amharclann Ghaoth Dobhair.

But while the vision may be intact, the years have taken their toll on the physical structures in which it is housed.

A phased redevelopment of Amharclann Ghaoth Dobhair was begun in 2012, encompassing a full refurbishment of the staging area and seating, new lighting systems and a new roof. That was followed by work to improve access and facilities in the theatre, along with a restoration of its 1916 Commemorative Gardens.

However, difficulties arose in accessing finance for the project and Amharclann Ghaoth Dobhair then turned to Clann Credo to for help. Following a full assessment of the project, Clann Credo rowed in behind the initiative ensuring it came to fruition.