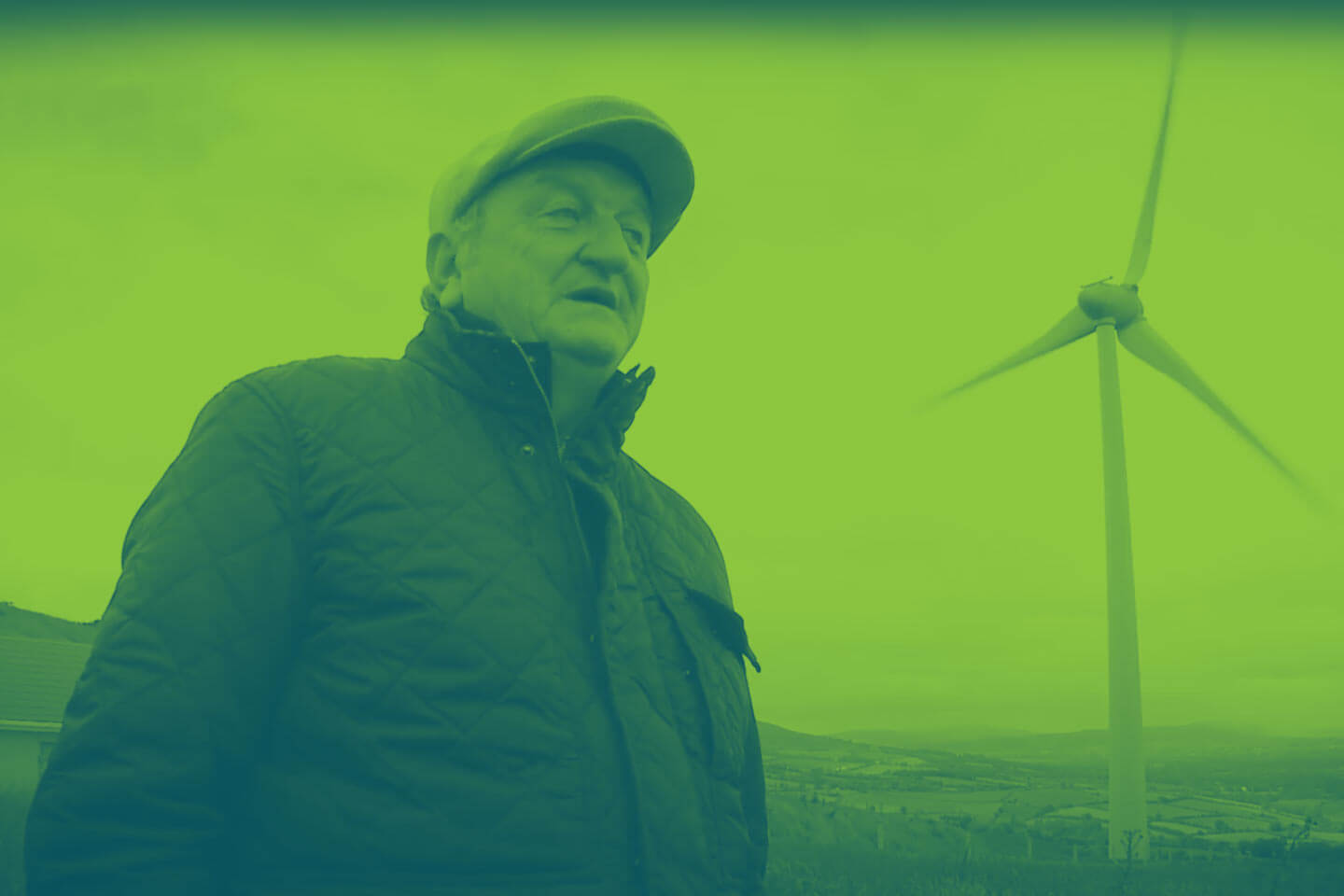 Sometimes history is made in the most unlikely places.

In November 2012, Templederry Windfarm formally connected to the national grid and began selling its green energy output into the national power supply system. It was the first community owned enterprise in Ireland to take this major step forward.  As such, it represented a remarkable achievement for an initiative that had begun life in 1999 when a local cooperative began tentative research on prospects for energy conservation and supply, in the area.

That project concluded with a prescient recommendation to establish a windfarm locally.

Just three years later the Templederry initiative was plugged into the national network and
at the heart of a green energy revolution sweeping Ireland and Europe. Today, Templederry Windfarm produces enough energy – 15GWh per annum – to power 3500 homes, the equivalent of the nearby town on Nenagh. Across Europe, energy markets are being reshaped and the localised, low carbon model of generation and supply offer a template for the future. For example, Denmark’s citizens own some 80% of the country’s wind turbines and 1.5 million Germans generate their own electricity. It is hardly an accident that both countries are global leaders in green energy production and manufacture.

But success did not come overnight or easily to Templederry. Planning difficulties and the resistance of conventional financial institutions to its community ownership model threatened the project from ever coming to fruition. Nonetheless, despite the obstacles those behind the initiative kept faith with the original vision of a community owned initiative that would generate local growth and job creation. Now there is a 15-year supply deal in place with Bord Gáis, while Templederry Renewable Energy Supply Limited – trading as CRES – has been set up as a vehicle to help other small energy producers in the region access the all-island Single Electricity Market.

CRES also supplies power to a growing number of customers in the local area.

In addition, it is a lead partner in an EU wide initiative to develop the locally-based green energy sector across Europe. CRES is now focused on broadening its customer base and working to expand the community energy sector here at home and sought support from Call Credo for this latest and ambitious phase of its development. Although Clann Credo is relative new to the energy sector, a clear analysis of the project demonstrated delivery of a strong social and economic dividend in terms of job creation, enterprise growth and commitment to community. Not to mention the remarkable promise it holds of helping usher in the future of energy generation and supply at a local and national level.

And perhaps at global level too.